Being one of the oldest languages in the world, the written Chinese language originated from symbols and signs used to record events, and pictographic characters (象形字) are the basis for the formation and development of the Chinese character system.

According to the great Chinese writer and thinker 鲁迅 (Lu Xun), there are “three beauties” of Chinese characters: its tone, its “shape” and its meanings. Let’s see some of the most beautiful Chinese words and their meanings behind. 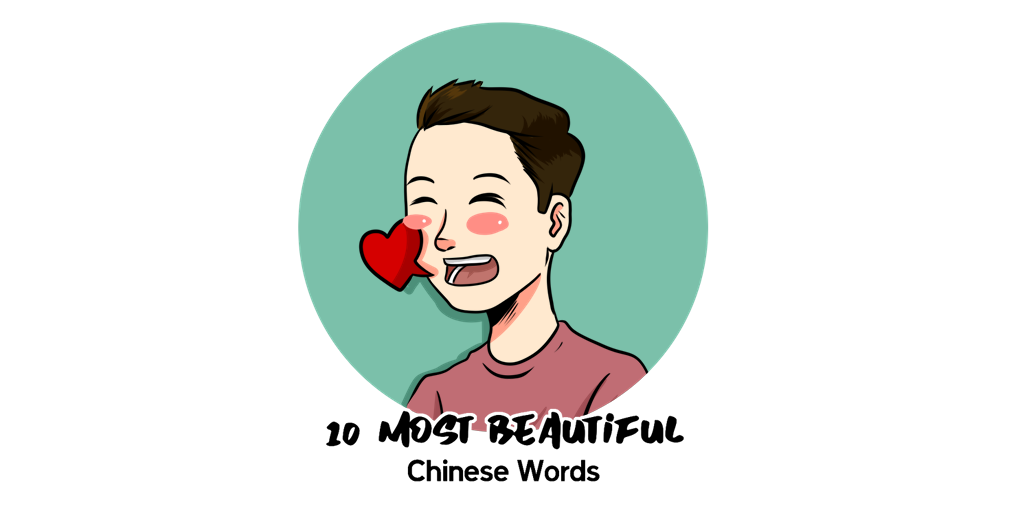 This word has three meanings:
1. Fragrant flowers
2. Beautiful years/ages (refers to a period of time)
3. Beautiful and gorgeous (describing a person)

It is often used for its second meaning, where 芳 means “fragrant”, indicating beauty, and 华 indicates “年华 (age; time)”.

Ex:
年轻人应当把握时间，切莫虚度芳华。
Young people should use their time, and never waste their youth.

Some relevant terms include 刹那芳华 (external beauty only lasts for moments, beautiful things disappear quickly); 芳华永驻 (beauty exists forever); or 芳华绝代 (someone who is extremely beautiful).

This could mean:
1. Rouge; a red cosmetic applied to the cheeks or lips (used in ancient China)
2. The color carmine red
3. Carmine red pigment used in paintings 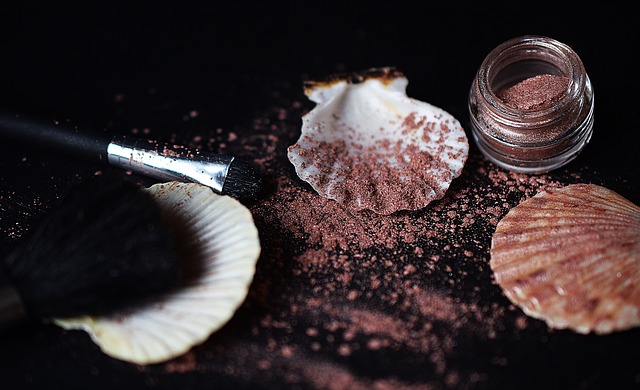 Ex:
她脸上因哭泣而起的红晕，好像涂了过多的胭脂一般。
The red blush on her face caused by crying, seems as if she had applied too much rouge.

在朝霞中，万道金光给水面染上了一层胭脂红。
In the morning glow, thousands of golden rays dyed the water with a layer of carmine red.

An interesting relevant word is 胭脂虎 “rouge tiger”, which originated in the Song Dynasty (宋朝), indicating a beautiful but fierce and tough woman.

The 装 here could mean 装饰 (decorate), 包装 (packed in) or 衣装/着装 (clothing/dressed in). Literally, this word means “decorated (装) in silver (银), and wrapped (裹) in a plain (素) color”; which is used to refer the scenes after snow, describing the beautiful snow scenery where everything is “dressed in” silvery-white, and covered with snow.

Ex:
雪后的北京故宫银装素裹美如画。
The Beijing Palace Museum after the snow is dressed in silvery-white, which is as beautiful as a picture.

This word is used to describe that someone is very beautiful; when the person smiles (笑), he/she is “beautiful like (如) a flower (花)”.

靥 means “dimples” or a traditional decoration ornament for women which is drawn or pasted on the cheeks.

Ex:
我用江山如画，换你笑靥如花。
I would use the picturesque kingdom, to exchange for your smiling face.

愿你永远笑靥如花，不负韶华。
May you always smile like a flower and live up to the good times.

This means “numerous (繁) colorful flowers (花) blooming, which seems like (似/好似) beautiful brocades (锦/锦缎)”. This is commonly used to describe hundreds of flowers all blooming at the same time; which could be extended to indicate beautiful sceneries or other things.

Ex:
岛上繁花似锦，绿树成荫。
The island is covered with brocade-like flowers and many trees which form a pleasant shade.

繁花似锦觅安宁，淡云流水渡此生。
Finding peace of mind in the colorful world; watching the clouds and listening to the sounds of the river, living a life like this. 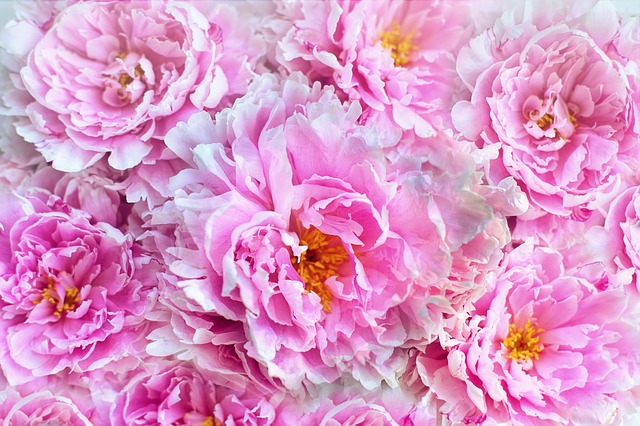 This originated from the legendary script “The Peony Pavilion (牡丹亭)” written by Tang Xianzu (汤显祖) in the Ming Dynasty (明代). It is a love story of a couple who went through life and death to be together; also known as one of the four masterpieces in the history of Chinese classical drama.

It literally means “like (似) water (水) that the years (年) are streaming/flowing (流) away”. Indicating that “youth passes as a fleeting wave”, or “time passing swiftly like flowing water”. 年 could also indicate 年华 (age; time).

Ex:
则为你如花美眷，似水流年。 (original sentence written by Tang Xianzu)
Although girl you have the beauty like a flower, who would be a desirable companion, but years flow away like water. (So, stop wasting time and be with me.)

风花雪月虽滋润，似水流年添伤痕。
As though living an indulgent life is enjoyable, time passes like water which would only add scars.

This word originally indicated the beautiful sceneries of the four seasons:

春有百花秋有月，夏有凉风冬有雪。
Spring has hundreds of flowers (花) and autumn has the moon (月); summer has cool breezes/wind (风) and winter has snow (雪). 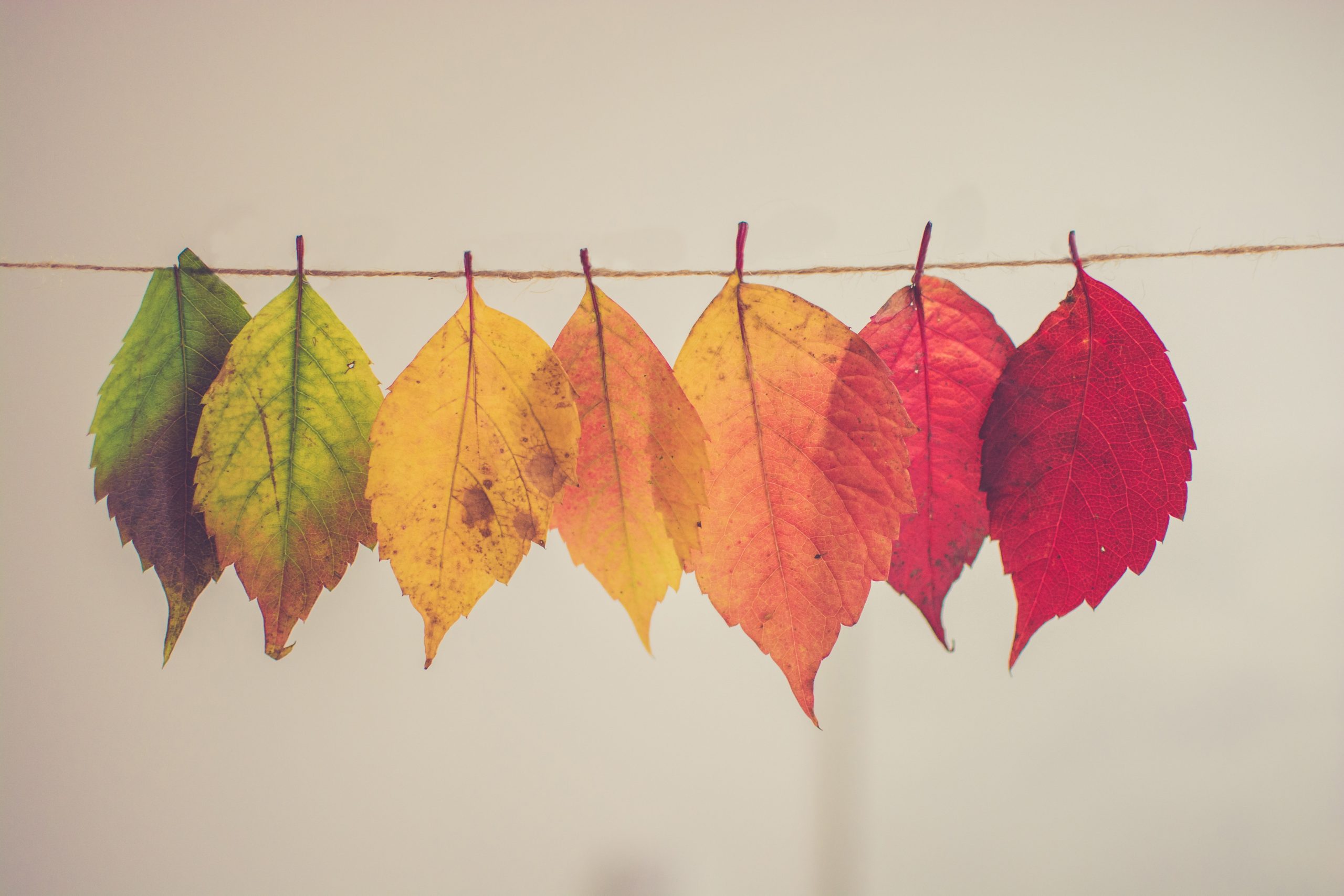 As time passes, this is used to refer to “empty” poetry with ornate language and expressions. It also refers to love affairs and a life of debauchery.

This phrase originated from a rhythmical prose written by the “poetic genius (诗仙)” Li Bai (李白) in the Tang Dynasty (唐朝); which means that an “empty and unreal life (浮生)” is just like (若/仿若) a dream (梦).

Indicating to regard life as a fleeting and illusory dream; the world is uncertain, and life is short like a dream. Other interpretations include “life is but a dream” or “life passes like a dream”.

Ex:
而浮生若梦，为欢几何。 (original sentence written by Li Bai)
The short life is just like a dream, how much time of joy could one get?

浮生若梦非有意，到处能安即是家。
The life like a dream is not what I intended, if one could find peace of mind then anywhere is home.

* This is also the Chinese name of an international cosmetics brand; you could search for more information if you’re interested in finding out which it is 🙂

This originated from a verse (词) of Li Yu (李煜), who was the last emperor of the Southern Tang Dynasty (南唐). The verse “虞美人 (the beauty Yu)” is also known as “deadly” as it cost the writer his life. It was written in a time when Li Yu’s kingdom was conquered, and he was imprisoned. The ruling emperor believed that this verse expressed his nostalgia and poisoned him.

This means “delicately carved (雕) handrails (栏) and steps (砌) made of jade (玉)”; which is used to describe beautiful and magnificent buildings.

Ex:
雕栏玉砌应犹在，只是朱颜改。 (original sentence written by Li Yu)
Delicately carved handrails, steps made of jade should still be there, but the people who I miss (the palace maids and beauties) are already old.
(My palace is still there, but the owner is not me anymore.)

这座宫殿真是雕栏玉砌，金碧辉煌。
This palace is truly delicately carved and made of jade, which is resplendent and magnificent.

This originated from a verse (词) of Xin Qiji (辛弃疾), written in the Southern Song Dynasty (南宋). The verse “青玉案 (green jade bowl/plate)” is about finding someone standing alone on the Lantern Festival in a place where the lights are dim. It is believed that the verse is to express the writer’s unwillingness of associating with evil elements, even though his political life is frustrating.

This means “lights (灯) and fire (火) are declining/exhausting (阑珊)”, indicating that a place has few lights, few people, that is sparsely populated or deserted. Also used to describe the deep night when no one is around.

Ex:
众里寻他千百度，蓦然回首，那人却在，灯火阑珊处。 (original sentence written by Xin Qiji)
I looked for him/her in the crowd for a thousand times, but when I suddenly turned around, that person is, in a place where the lights are scattered.

熙熙攘攘的闹市，灯火阑珊的街头。
Hustle and bustle downtown, streets where lights are waning.

Our article ends here with these words and idioms (成语), and we hope that you have experienced the beauty of the Chinese language with us. As you can see, many idioms originated from ancient poetry and verses, which are all rhythmical and beautifully written. If you are interested, you could read more “Poems of the Tang Dynasty (唐诗)” or “Verses of the Song Dynasty (宋词)”; from which you will be learning both the language and the culture. 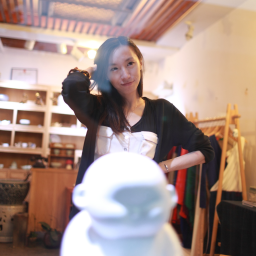